Life after a RockTape course 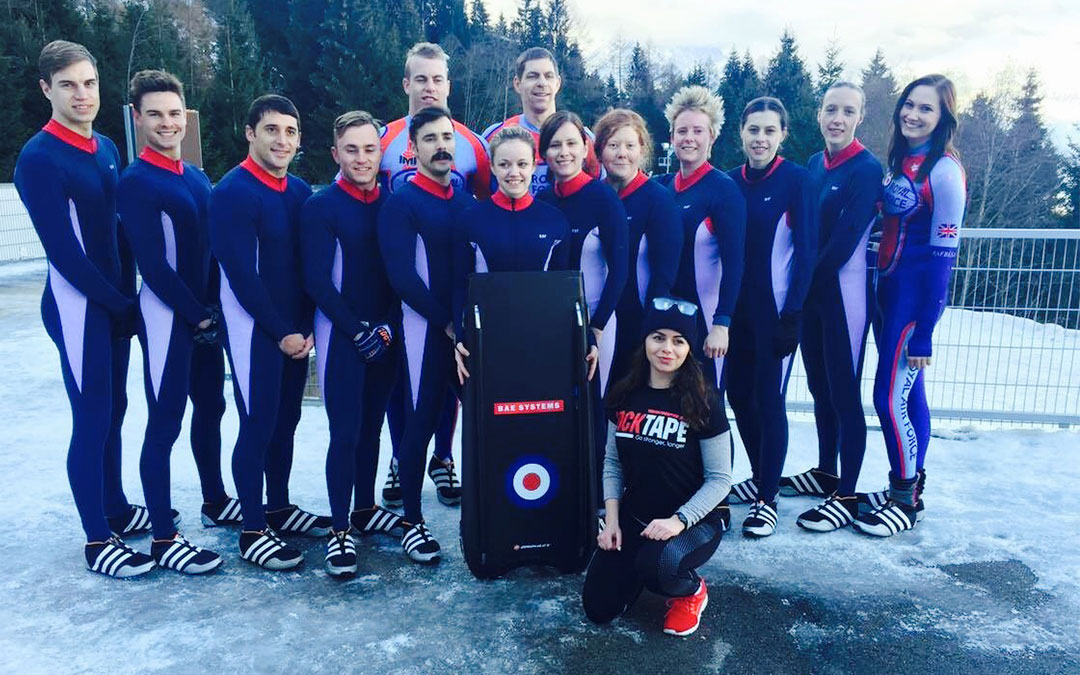 To say I was a little dubious about the rock tape course was an understatement. I’m an engineer in the military with, at the time, very little knowledge of physiology and couldn’t get my head around how tape could do so much to help the body.

The two day course back in October has now happened to be one of the best courses I’ve done. It was an intense but very fun two days, with a great bunch of people and Dan the instructor had no problem helping me with things I couldn’t get my head around. I left the course with a quickly improved skill set which has set me up for a great 2016.

I’ve just got back from a week in Austria taping up all three teams. It’s a great feeling to be able to explain to other weary people how RockTape works and be able to physically show them too.

This is a picture of me with the RAF Skeleton team after they had just completed in the RAF Champs in Austria.

Also a picture of one of the skeleton competitors knees I taped up. He went on to win the competition.

Next stop, Gibraltar, at the RAF ladies football training camp.