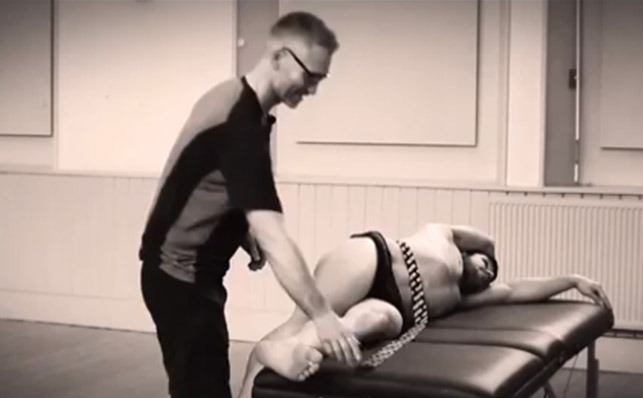 Chris Stirling was spotted at the recent Celtman! Extreme Scottish Triathlon sporting long strips of the Union Jack patterned RockTape. Clearly it did this endurance athlete a world of good as he came in second in the epic multi-sport event.

Chris, who crossed the line in a hugely respectable 12 hrs 3 mins and 6 seconds, is photographed here by Steve Carter sporting the RockTape on his arms and shoulders.

The 32-year-old, who hails from Ambleside in the Lake District, is a great believer in RockTape.

He says: “I use RockTape to support the chains of movement and use of different muscle groups as I move between the three sports or triathlon.

“I find that my muscles tire less quickly when using RockTape and it is easier to hold good form.

“For example, when switching from bike to run, you go from being bent double for six hours to wanting to run nice and upright. The stretch of the tape reminds me not to lean forward too much and to pull my shoulders back.”

Chris confesses that he is not a great swimmer. With the help of his physio Adam Smith he tried taping for power in the swim stroke.

Chris says: “I swam much better than I thought I would with the help of the RockTape. I tested it in a couple of training sessions and another event prior to the Celtman!

“The extra one to two per cent that it gives makes all the difference when you are trying to perform at your limit. I was pleased with how I performed in my weakest discipline in the Celtman!.”

Chris, who is sponsored by TrecNutrition, PushCartel and #zone3wetsuits, has come a long way since his first 2012 Celtman! event. It was also his first triathlon and he was delighted to be a finisher.

The following year he came third in the Wasdale triathlon, in the Lake District, and represented Northern Ireland at the Home Countries Mountain Running Challenge.

This year, Chris has placed second in the High Terrain Events Off-road Duathlon Series, including four races over three months.

His hard work in training has culminated this month with a second place in the Celtman!, breaking the previous course record despite a slightly longer run

Chris adds: “I am a big fan of RockTape and I love the multi-discipline endurance races. Take a look at a video I made with Adam to see what I am talking about.”