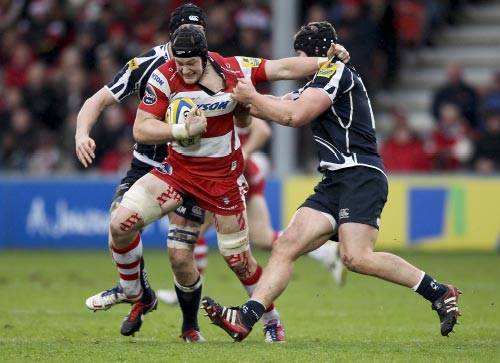 As the official tape of Saracens RFC, Worcester Warriors, Gloucester RFC and Exeter Chiefs (and the unofficial tape of choice for many more of the Premiership’s sides), Rocktape is no stranger to topflight rugby.

In our latest video, Rocktape is shown being applied to, and then seriously tested by, Worcester Warriors’ and England Saxons’ up-and-coming rugby superstar, Matt Kvesic.  Currently training with the full England squad, Worcester Warriors’ youngest ever Premiership player and ex-England U18 Captain, Matt was recently picked by the pundits of BBC Wales’ Scrum V programme as the player most likely to get the traditional young bolter’s place on this summer’s Lions tour to Australia – praise indeed for an English player.  You’ll understand why when you see the impact he’s capable of making at the end of the video (click below).

With Rocktape being so popular among Premiership players, our Medical Director (and elite physiotherapist), Paul Coker, explains some of the applications you’ll see around the grounds:

Gloucester and England flyer, Charlie Sharples, with one of Rocktape’s famous Powertaping™ applications – the Superficial Back Arm Line Powertaping™ (with decompression tapes to humeral head and upper traps). The application follows the long line fascial anatomy of the arm, with the aim of reducing pain and tightness over the shoulder area.

If you’d like to know the science behind any Rocktape applications you see on elite athletes, send a photo to info@rocktape.net and, if it makes one of our blogs, we’ll send you a free roll of Rocktape.