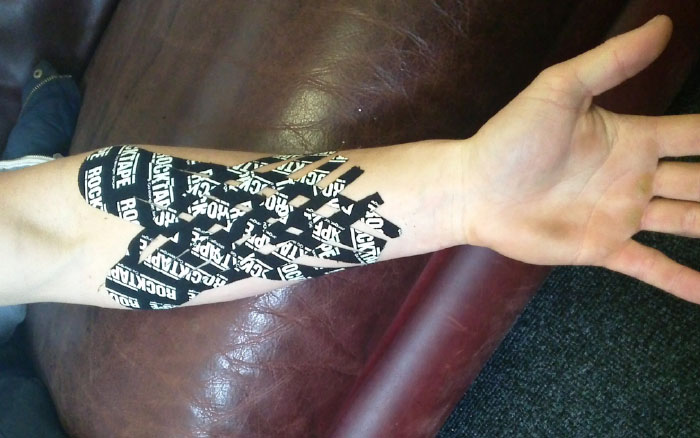 As a quick introduction, my name is Luke Ursell and I train motocross athletes from amateurs all the way up to pro and British championship contenders out of my gym in Derby. Training for motocross can be extremely taxing on the body and requires a lot of conditioning, my athletes do two strength sessions weekly, balance and proprioceptive work, test and ride their motorcycle up to three times a week as well as swimming, running, rowing and cycling.

The sport requires complete concentration over three 30 minute races throughout the day, these are all anaerobic in nature and tax every system of the body. I first started training motocross riders after I retired from racing myself. After three fractured vertebrae, a shoulder that didnâ€™t like to stay in its socket, surgeries and general pains in my ankles, knees and hips, I wasnâ€™t sure my body would take another season. It was around this time I met Josh Spinks a then young talent in the industry, he had a glowing career in the kids class with 2X BSMA national championships but he had just come off a flurry of injuries including a C7 neck fracture and two broken feet, that coupled with financial strains caused him to hang up his boots.

Josh picked up a little support and agreed to give it one last shot, three years later and he is well recognised as one of the big hitters in the British championship, leading races and taking multiple positions in the top 6, he has gone from strength to strength and has his sights clearly set on the top 5 places. My athlete Luke Burton brought us home an AMCA MX2 national championship last year (2015) and Josh has just been picked up as Suzukiâ€™s premiere rider for 2016, I also have a couple of youth riders and a young 15 year old talent called Ben Burridge who will begin his assault on his first year riding the adult bikes on his RMZ 250.

I also support my athletes through sports massage therapy, it is this that led me to enrol on a taping and strapping course where I learnt to apply the kinesiology tape. I soon found RockTape and it is by far my favourite to use. Now in motocross there is a big problem that we call â€œarm pumpâ€ youâ€™re trying to hold onto a 95kg+ bike over rough ground for 30 minutes at a time, that coupled with the vibration really does a number on your forearms, hence â€œarm pumpâ€. This problem has plagued the sport since its invention in the early 50â€™s.

I recently learnt about a technique in where you â€œfanâ€ the kinesiology tape across the muscle, I got a couple of my athletes to test it out for me and the results were amazing, everyone that tried it reported back with reduced forearm fatigue and felt they could push harder for longer. Before using the tape one guy even commented how his arms would fatigue so early on, he wouldnâ€™t even feel out of breath, as the arm pump was not allowing him to ride to his full potential. After trying the tape, he commented how for the first time ever his lungs gave out before his arms (if only I could tape his lungs up).

Kinesiology tape, especially RockTape and the â€œfanâ€ technique in my eyes are an absolute game changer in my field, and I am hoping will revolutionise the sport. Over the last week or so my inbox has not stopped with motocross riders from amateur to professional asking where they can get the miracle tape from that I have been promoting over social media.

Luke Ursell
If youâ€™d like to know more about the sport Iâ€™ve attached the YouTube links of two of my athletes.