RockTape and UHC: Kinesiology tape for cycling recovery and performance 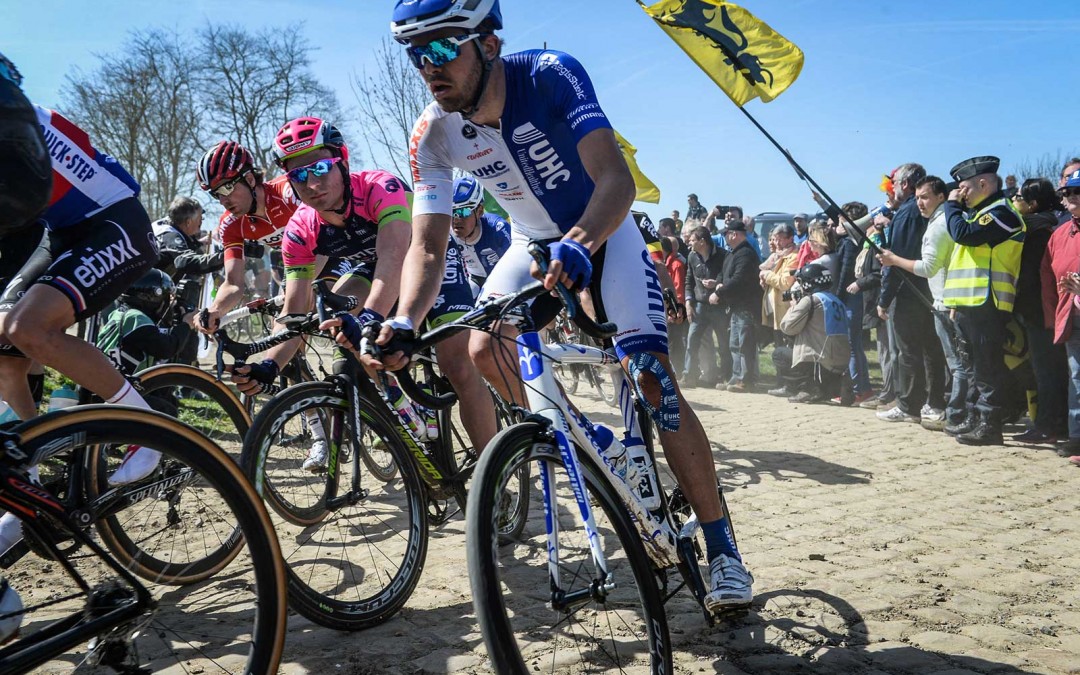 We reached out to the UnitedHealthCare Pro Cycling team to get their thoughts on RockTape Kinesiology Tape. Check them out below!

When did you first begin using kinesiology tape and how were you introduced to it?

Linda Villumsen: Back in 2007 when racing a world cup in Germany, I had a bad crash resulting in a heap of injuries, including a broken wrist and a badly injured knee. I went through a couple of real hard months debating whether I would ever ride again because I suffered from swelling around the knee. My team doctor advised me to try kinesiology tape and at first I was very skeptical, but I was proved wrong, and I have used kinesiology tape in just about every race ever since then.

Cari Higgins: I was lucky enough to come into contact with RockTape when it was a baby company, maybe months old. Unfortunately, it was because I had a nasty crash on the Velodrome in San Jose, CA. My hip was majorly swollen and puffy the next day, but I still wanted to race. I ran into the founder of RockTape, because his daughter was racing, and he convinced me to try out the tape in a spiderweb fashion to reduce the swelling. The results were pretty amazing and you could tell exactly where the tape had been applied and where the spots I missed. I was sold.

Danny Summerhill: I used kinesiology tape for the first time in 2007. I got tendinitis in my knee while doing base miles early in the season, and as it was my first ever time with a knee problem, I was very, very nervous it was going to be career-ending. But long story short, after visiting a trusted team doc in Boulder he strapped my knee up with some kinesiology tape, and I was back to normal in no time!

How do you most often use tape while racing, and how do you feel it helps you perform better?

Katie Hall: Most often, I use Rocktape to alleviate a mild, but chronic case of patellar tendinitis. My patellar tendon hurts whenever I stress it, which usually happens during hard blocks of training and stage racing. Itâ€™s clear to me how effective it is because as soon as I take RockTape off, my patellar tendon starts to hurt again, and I get immediate relief when I apply it again.

Linda Villumsen: Before each race I spend an extra couple of minutes taping my knee. My feeling is that the tape aids the flow of fluids around the knee so that the swelling isnâ€™t nearly as bad. The difference is clearly evident and that is why I make sure to always carry some tape in my bag. If we are racing over multiple days, I tend to get a sore back and will apply the tape to either shoulders or back according where the pain is, and I feel the tape instantly supports that area.

Cari Higgins: I canâ€™t travel without taping my back (lengthwise from the neck to my bum on the right side of my spine). Traveling is terrible for my back. Once I get a tight spot in my mid-back area from traveling, it is a snowball effect for tightness in my lower back, then glute, and then sometimes it tweaks my pelvis. So I use RockTape religiously as a preventative measure on travel days.

Danny Summerhill: When I use RockTape during a race, I use it on my knee and sometimes my lower back. I also use it on my wrists and forearms for added support over the hellacious cobblestones of Paris Roubaix, which makes the brutal six and a half-hour race that much more bearable.

Do you tape yourself when not traveling with the team? Do you find itâ€™s easy to do?

Katie Hall: Yes, I do. I find it very easy. If I am ever unsure about how to tape for a specific injury or purpose, Iâ€™ll consult YouTube videos and usually there are tons of them.

Linda Villumsen: When it comes to my knee and taping I am a little fussy about that and will mostly apply the tape myself, traveling with the team or without. If it is the back, however, I need to ask someone to help; it is pretty easy to explain how to apply the tape.

Cari Higgins: Taping myself is easy and for places I canâ€™t reach, like my back, Iâ€™ve trained my husband and a couple of teammates to help me out. For the amount that I use RockTape, itâ€™s rare that I have a â€œtrained professionalâ€ do the taping for me. Several times Iâ€™ve watched videos on the RockTape website to learn proper technique on a new body part. Those are easy to follow and a great resource.

Danny Summerhill: When Iâ€™m without the help of my team, I still tape myself when Iâ€™m out training. After you see it done once and gain some understanding of the principles behind taping, figuring it out isnâ€™t too hard!

What are some unusual uses for RockTape youâ€™ve discovered during the season?

Katie Hall: We were in Germany racing and our Polish soigneur said they use it to help speed healing for bruising. She was telling us about her mom, who had had a really bad fall and the physical therapist taped her to help encourage circulation and speed healing. When she pulled the tape off, everywhere the tape had been, the bruise was gone and everywhere else, the bruise was still there, making a really crazy pattern on her skin.

Linda Villumsen: Good question. RockTape can also be used as normal bandage and to hold your shoes together.

Cari Higgins: Well, and interesting oneâ€¦ my husband was diagnosed with â€œturf toeâ€ by his podiatrist from a heli-skiing trip. So, he taped his big toe almost everyday for the past year!

But if you visit a UCH team car, youâ€™ll see all kinds of non-bodily uses for tape. Thereâ€™s the taping of race maps and notes for the directors, the taping the sides of number plates for bikes to make them stiff, and sometimes I believe my teammates tape up body parts because it looks cool.

Danny Summerhill: When I am not using for my knees or my back I also have been known to use tape for all sorts of other uses around the house. Just like duct tape Rock Tape can be used to fix anything. I even have it wrapped around my phone as an extra bit of protection for my iPhone!

Niki Detrick (soigneur) â€“ what is a soigneur? Read on to find out!

Whatâ€™s typically involved with being a soigneur, for those who arenâ€™t familiar with cycling or what you do?

Niki Detrick: The mechanic takes care of the bike, the Sports Director takes care of the race strategy, the rider races the race, soigneurs take care of the riders. Soigneurs do recovery massage, shop and prepare their race food and hundreds of bottles. At the race start we prepare riders to get them on their bike, restock their food in the feed zone and then get them cleaned up for the podium at the finish. We pick them up at the airport in each new city and organize every hotel room they go into. Laundry is done everyday. We do any first aid that would be required and help apply RockTape when needed.

How does your team use RockTape?

Niki Detrick: The UnitedHealthcare Pro Cycling team uses RockTape on a daily basis, whether at home or during a race. The most common applications are to knees and along the spine.

Any interesting injury or application where the tape was used? How is rider feedback?

Niki Detrick: New for UHC in the 2015 US Pro Challenge, the men were having their diaphragms taped to assist in breathing at such high altitudes. I can register positive feedback by the domino effect; Day 1 of the race â€” 1 rider taped; Day 6 of the race â€” 6 riders taped.

When Coryn Rivera crashed at The Ladies Tour in Great Britain, we talked about how to care for her wrist; I instructed her to do the usual first aid of R.I.C.E (Rest, Ice, Compression, Elevate). I suggested using the RockTape in place of a compression bandage for the compression part. Extra tape was applied to stabilize the wrist to form a type of brace to get her through the next race day but the pain was too much and she eventually had to pull out of the race.

Any odd or novel uses of the tape (non-athlete)?

Niki Detrick: Mechanics are known for daily taping of race numbers and race information to the headrest in the car so they have quick access. They had been using black electrical tape on our light tan leather car seats. I suggested try using the RockTape because it sticks but does not leave any black residue behind.