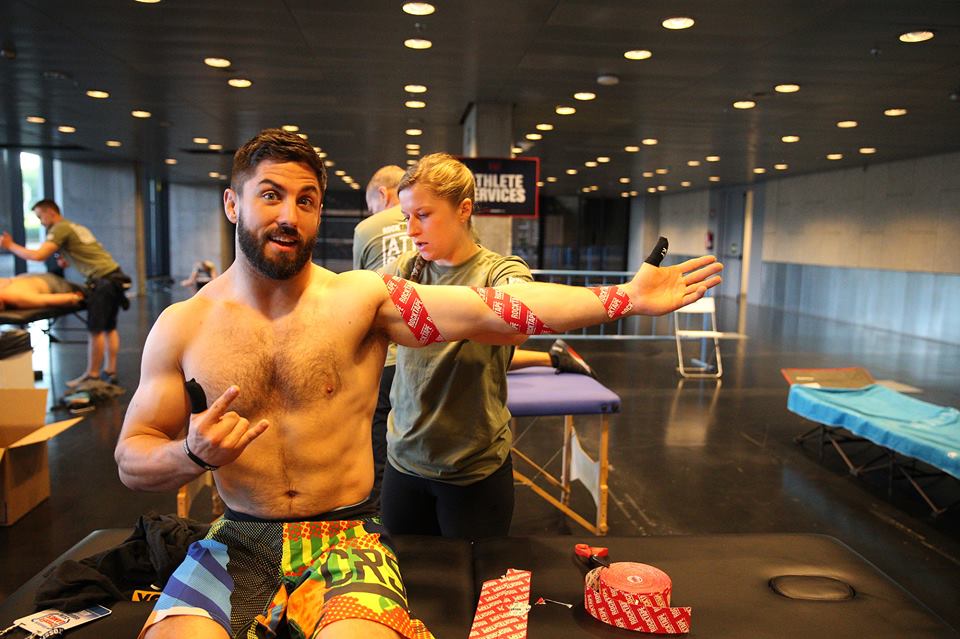 CrossFitters around the world have been competing all year long, vying for a chance to make it to the 2016 Reebok CrossFit Games taking place July 19-24, 2016, at the StubHub Center in Carson, California. RockTape, a leader in sports medicine products and education, is proud to announce its seventh year of support of the annual CrossFit Games, which will be commemorating its 10th year of competition in July. This year, 323,000 athletes from 175 countries signed up to participate in the CrossFit Games Open––a five week competition and the qualifying round for the CrossFit Games Regionals, where the top men, women and teams from seventeen regions competed at seven regional events in the U.S., Europe and Australia for a chance at the finals. Now 40 men, 40 women, 40 teams, 40 teenagers, and 200 Masters athletes will battle it out for the podium at the Games. RockTape will be supporting Airrosti, the official athlete care provider of the CrossFit Games, to help keep the Games athletes going throughout the multi-day, multi-event competition. “We’re happy to have RockTape’s support for the 2016 season,” said Justin Bergh, General Manager of the CrossFit Games. “RockTape’s focus on sports performance aligns with our search to find the fittest on earth and we’re glad to have their support again this year.”

The Games is not only a display of strength but also of endurance and other physical skills such as flexibility, agility, power, speed and coordination. “Athletes are subjected to unknown workouts and challenges during the week while competing against the fittest people on earth,” says RockTape CEO Greg van den Dries. “RockTape will continue to provide support for CrossFitters––every rep of the way.”

Don’t miss the RockTape booth at this year’s Games, where they will be offering exclusive deals and debuting their latest creation. Tickets are still available at axs.com.

The 2016 Games will be streamed online to the CrossFit Games website and to WatchESPN, with up to 12 hours of competition broadcast on ESPN television networks. You can watch the live stream and highlights, see photo galleries, articles and other coverage of the CrossFit Games at games.crossfit.com.