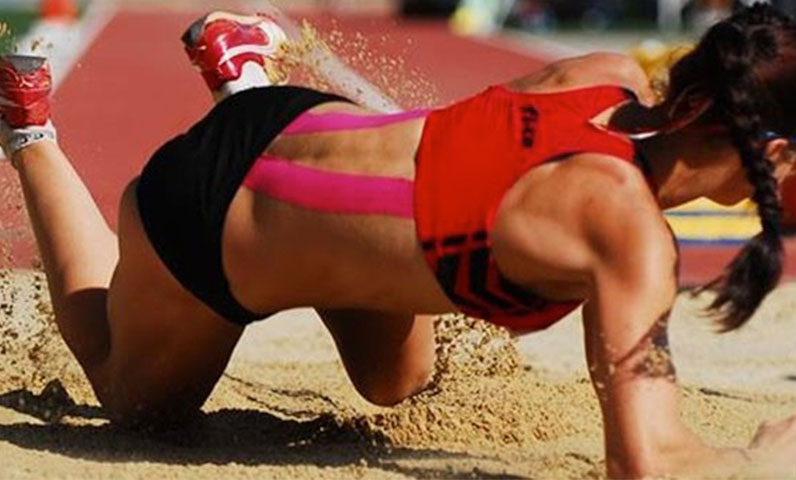 There have been two studies published in the last couple of months that add to the growing body of evidence that kinesiology tape can reduce the negative effects of fatigue with regard to muscle function. One study by Zhang et al, published in Sports Medicine Australia’s journal, looked at the effect of kinesiology tape on the forearm muscles of tennis players, whilst the other study by Ahn et al, looked at fatigue in the quadriceps. Both studies showed that tape can assist with muscle function when fatigued.

In the study by Zhang, they looked at a small group of healthy tennis players, and tested their maximal strength and “work fatigue” as measured by fifty repeated contractions of the wrist flexors and extensors. The subjects were tested with kinesiology tape applied, a placebo tape applied (underwrap “fix”type tape) and with no tape. The testing order was randomly assigned. Not surprisingly, they found no increase in maximal strength with kinesiology tape applied, as it is widely accepted now that there will be no immediate strength gains from taping healthy subjects. However, they found that for the wrist flexors, having kinesiology tape applied resulted in a significant reduction in “work fatigue”, as measured by the drop off in strength over the 50 contractions, when compared with placebo tape and no tape. The authors concluded that kinesiology taping may have “a significant positive effect on muscle fatigue resistance during repeated concentric muscle actions”.

The Ahn et al study looked at the effect of applying kinesiology tape after a fatigue inducing protocol for the quadriceps. They had 45 healthy female subjects, aged between 25 and 40 years old, and divided them into three groups: kinesiology tape, placebo tape and no tape. All subjects did repeated quads contractions until their muscle force had reduced to 50% of its original force. Then they were immediately re-tested after either tape had been applied, or the equivalent rest time for the no-tape group. The kinesiology tape group had an immediate average return to 77% of their original force, whereas the other two groups had a 51-53% average force return (from the 50% level when the testing stopped). The significance of this result was also reflected in a single hop test, where the kinesiology tape group hopped 10% further after tape, compared with immediately after fatigue, before taping. The other groups improved between 1% and 3% on this hopping task. The authors concluded that kinesiology tape restored muscle force that had been reduced by fatigue, significantly more effectively than a placebo tape or no tape.

Whilst both studies have low subject numbers and, as with many taping studies, have issues around blinding subjects, the results are promising and should now be tested with larger sample sizes.

The notion that kinesiology tape can improve muscle strength in healthy subjects has very little evidence and the ongoing research in this area seems futile. However it seems that there is growing evidence that kinesiology taping can certainly improve muscle function in those with compromised muscle output due to pain or fatigue. So it appears that Rocktape can effectively make you “Go Stronger, Longer”!