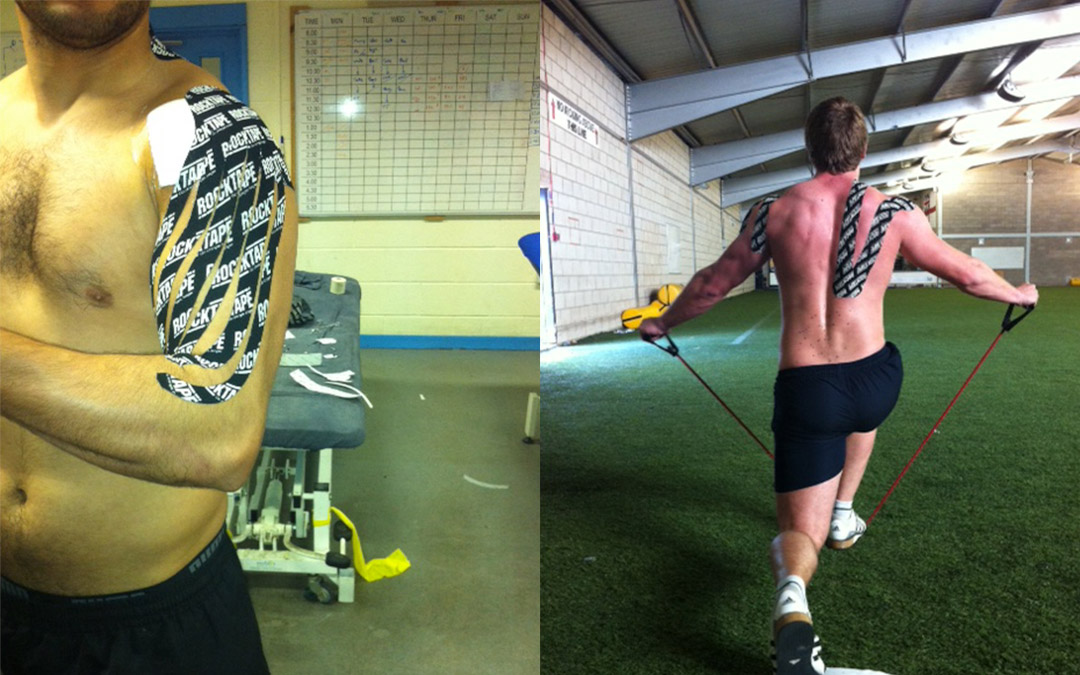 Worcester Warriors, the Aviva Premiership rugby union side, are proud to announce ‘RockTape’ as their official Kinesiology tape supplier for the 2017-18 season.

Premiership rugby puts a huge number of physical demands and stresses on the bodies of our players. From Stability to optimising biomechanics, strapping helps enhance performance. Historically, strapping has been rigid, restrictive and loosened off quickly with poor durability. The evolution of K tape, has allowed the medical team at Worcester Warriors to optimise player performance both on and off the pitch.

RockTape offers robustness, durability and sustained dynamic capabilities through extreme conditions. Its ability to cope with multiple collisions, rain, mud and sweat sets it apart from the rest. The tape is used in a number of ways to offload injured tissues, support weakened structures, aid with swelling control and keep protective padding in place.

Having used other brands it has also become a favourite with the players too. Some (to only name a few) of the reasons the guys here at Warriors would advocate the tape: “It’s adhesive is second to none and lasts longer than any other tape I’ve used before.” “As a player you need confidence that your strapping is going to do the job for 80 minutes, something RockTape has guaranteed me this season.” “Rock Tape allows me full movement whilst offering support over my knee ligament, support in a way I don’t think any other tape would offer.”

There is a strong history between the medical staff at the club and supplier with the two having worked together for many years. Whilst there have been many competitor brands used and trialled RockTape has simply been the best in the field when it comes to Kinesiology taping to the point where the players will specify when asking for support and strappings. As well as the tape Simon and the guys provide an excellent service and go above and beyond when questions are asked.