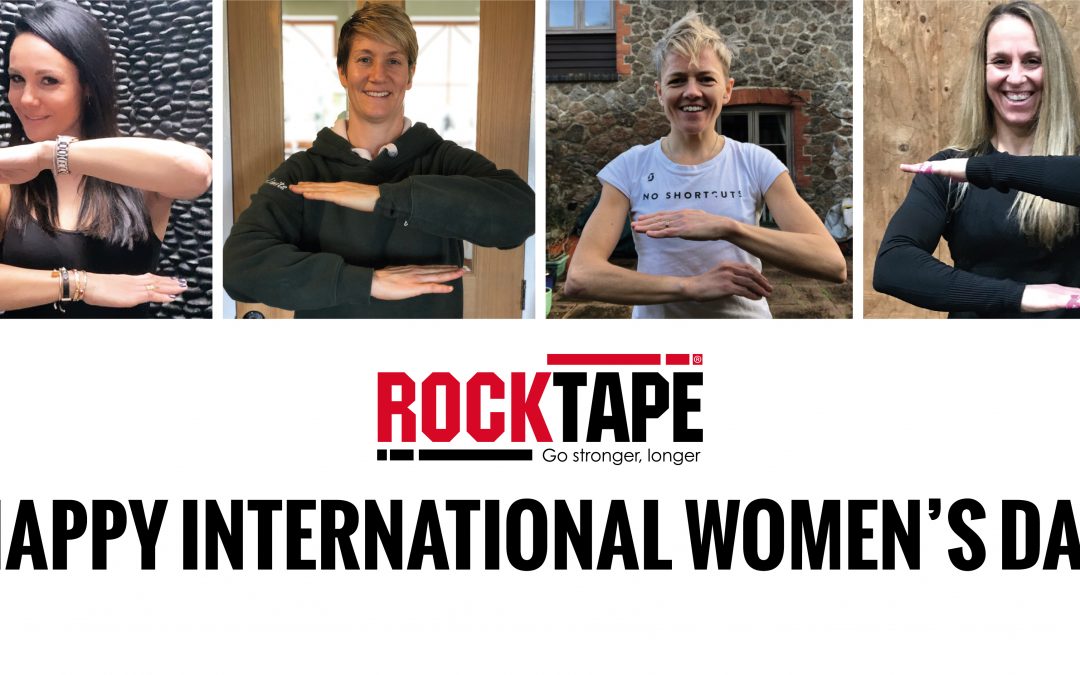 To celebrate International Women’s Day 2020 we’ve been talking to some of RockTape UK’s inspirational female RockStars about what inspires them to Go Stronger Longer and excel in their chosen sport. 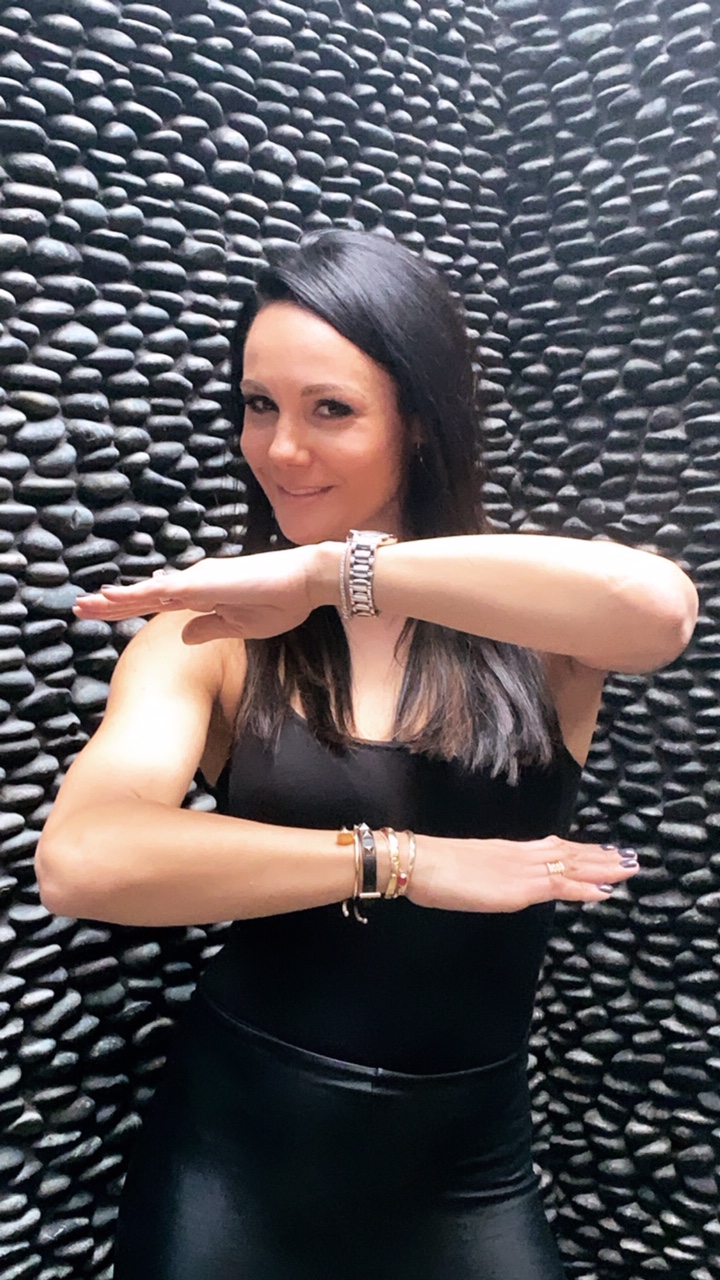 More commonly recognised as Sky TV’s Gladiator Enigma, Jenny has represented Great Britain in the Long Jump and Pentathlon and also competed for Team GB in the Bobsleighed at the 2006 Winter Olympics in Turin. Jenny has a BSc (Hons) in Sport and Exercise Science from Loughborough University, and is a qualified personal trainer, motivational speaker and television presenter.

I came from a farming town where there was not much to do, so from the age of 5 i threw myself into different sports. I started with horse riding, dancing, swimming and gymnastics. My parents started taxiing me to a different sports club after school every night of the week and to galas and comps at weekends. At around the age of 15 i realised i need to focus my attention and training in one sport to become the best i could be, my chosen sport was athletics. I went onto become a GB athlete and Bobsleigher.

What main change would you like to see for young girls in the next generation in sport?

Take up golf or tennis! Meditate daily and continue to beat the boys!

Tell us about a female role model who has inspired you
Denise Lewis, growing up I thought she was an incredible heptathlete, feminine , athletic, powerful, strong, interesting and beautiful. I still think all those things now and love watching her present athletics.

What advice would you give to girls interested in taking up your/sport?

Find a sport you love and you’re good at naturally, or you can see yourself enjoying mastering. Progress is incredibly motivating. I think when girls can understand how amazing they can feel both physically and mentally through exercise, movement and sport they create a lifelong connection to the positive benefits. 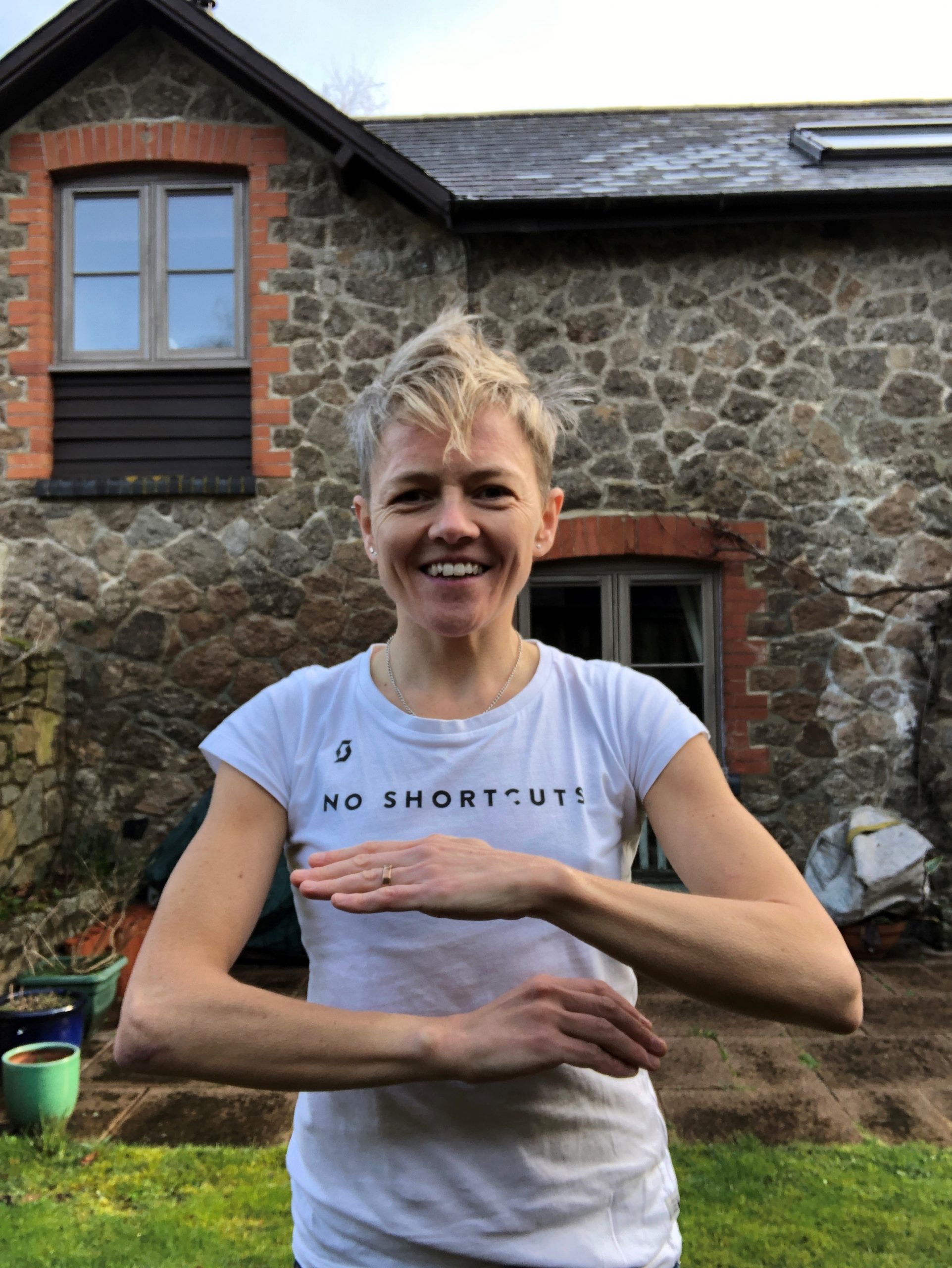 Jo is a UK Ultra marathon and International Trail runner who finished as the highest placed British female ever in the Marathon Des Sables in 2013 and has gone on the achieve some pretty incredible race times at Ultra’s around the world, highlights include 1stplaced Female in the Snowdon Marathon in 2017. Jo’s also a qualified Physiotherapist and holds a Masters in Sports Physio

It was a self-motivated push to want to lose a bit of weight when I was a teenager. I was rubbish at school sports and so never got selected for teams. I started running and never stopped!

What main change would you like to see for young girls in the next generation in your sport?

I would like to see them get involved in something they enjoy. Social media isn’t the real world and yet that seems to be the guiding force at the moment. Sport gives you confidence, skills, fitness and a sense of belonging.

There will be set backs. The journey may not always been the one you want to be on but accept your situation because it’s happening anyway.  Sports has similar parallels to life!

Tell us about a female role model who has inspired you

I don’t have role models. My sense of inspiration comes from what I want out of life. I get motivated to work hard and achieve by setting goals.

What advice would you give to girls interested in taking up your sport?

Just give it a go. Try a variety of sports- there is something for everyone. 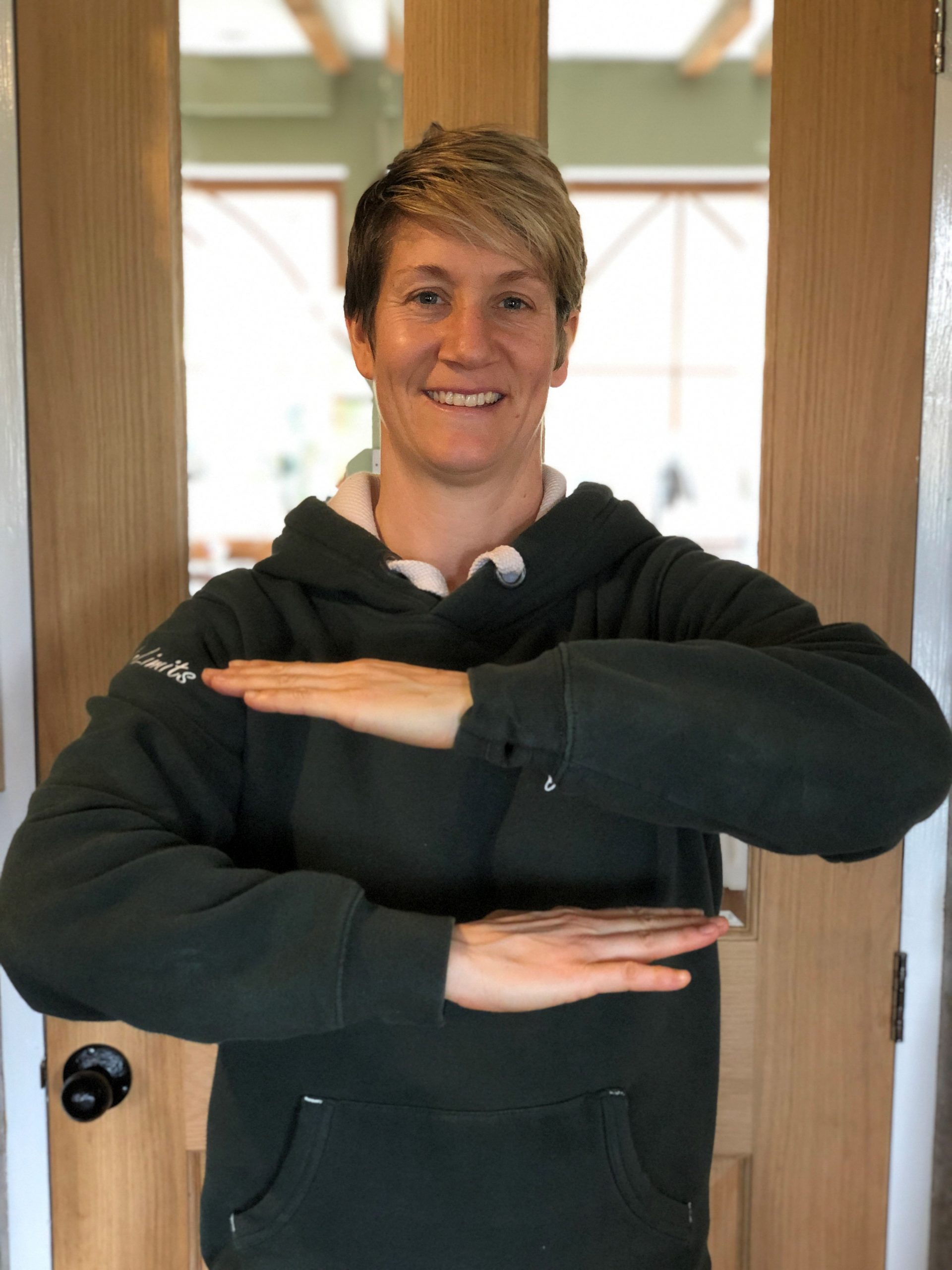 Michaela is an Olympic and Commonwealth Games Gold medallist Weightlifter who was awarded an MBE in 2011 for her services to her sport. She was inducted into the Welsh Sports Hall of Fame in 2019 and continues to encourage and inspire future generations of her sport as an Olympic Lifting Coach and through her training camps.

I started aged 13 in a random PE lesson at school.  I took advantage of an opportunity to try something different.

What main change would you like to see for young girls in the next generation in your sport?

I would love to see schools be much more open to allowing weightlifting on to the school curriculum.  Lifting is a life skill and everyone lifts even if it’s just a bag, a chair or a box.  If everyone is taught good lifting technique early on then I’m confident we would see a huge reduction in the number of lower back injuries in later life.  I would love to see our sport continue to grow and for young girls to aspire to be physically strong and athletic.

Master the movements before loading the bar.  Be patient in the early days, it will pay off long term.

Tell us about a female role model who has inspired you.

Kelly Holmes winning double Gold in the Athens Olympic Games 2004 after suffering many injuries throughout her career.

What advice would you give to girls interested in taking up yoursport?

Learn the full lifts before learning power snatch and power cleans. Learn the movements before incorporating them under time pressures as we often see in CrossFit workouts. 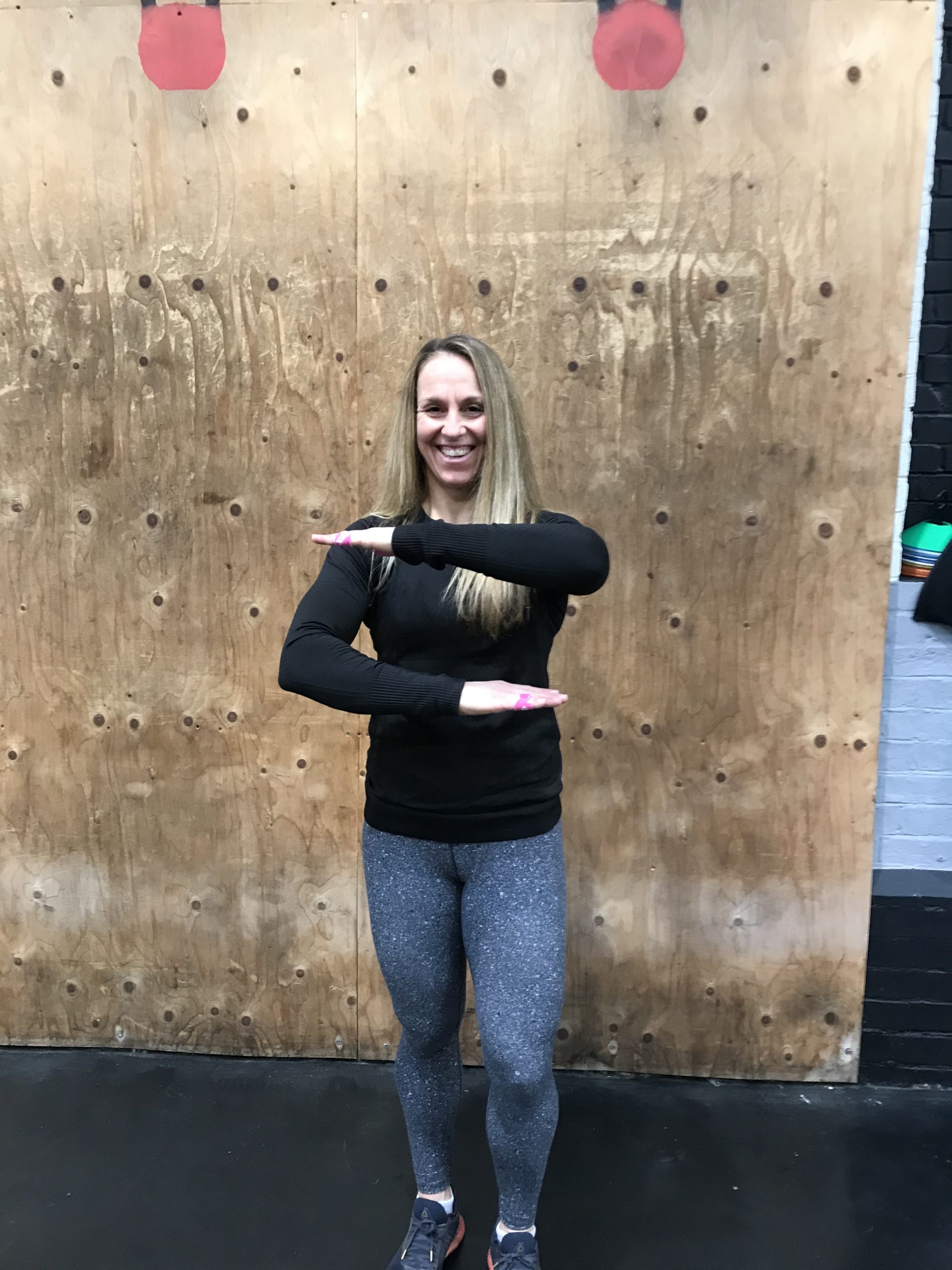 Kelly is one of the most successful CrossFit Master athletes in the UK. Having made it to the CrossFit Regionals in 2013, in 2018 she qualified for the CrossFit Games, where she won second place in the 40-44 division. Kelly repeated this incredible feat in 2019, going on to win another silver medal on the biggest stage of the sport of CrossFit.

Kelly didn’t really have a sporting background before CrossFit, she fell in love with the lifting element of the sport (she hold British records and world records from British and European Masters Weightlifting Championships). Kelly’s a CrossFit Level 2 Trainer and holds a myriad of other qualifications.

I have always loved sport from a young child- whether it was running the 4 x 100m relay in the Athletics Team at school or hitting a ball playing hockey. I never played a specific sport but just enjoyed keeping fit. I was introduced to Crossfit by a friend of mine (Ben Allen) who opened Crossfit Southampton back in 2012 and have never looked back since. I just wish I’d found it earlier.

What main change would you like to see for young girls in the next generation in sport?

Tell us about a female role model who has inspired you

Well in the Crossfit world it’s got to be Samantha Briggs. Sam is very, very well known in the Crossfit community, she is one of the most humble down to earth athletes I know and a bloody amazing one at that!

What advice would you give to girls interested in taking up Crossfit?

Get stuck in, give it a go, have fun and enjoy. You hear some people say girls shouldn’t lift weights- but there is nothing more satisfying than lifting a heavy barbell and it crashing down to the ground once you have finished.