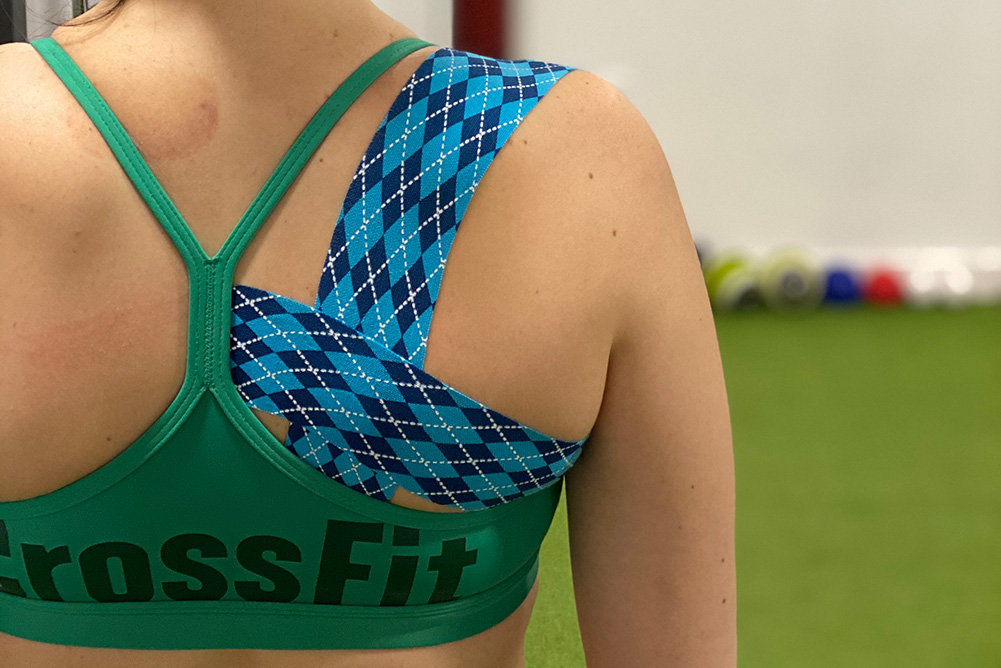 Today we bring you a really interesting article about the use of tape to help with scapular dyskinesis, “Kinesiotaping for scapular dyskinesis: the influence on scapular kinematics and on activity of scapular stabilizing muscles”, published in this year 2020 by Tooth et al.

The scapular dyskinesis can cause the lack of posterior tilt and upward and external rotation of the scapula and the decrease of the subacromial space, which can lead to impingement if we use the shoulder very often. Correction of scapular dysfunction can help us improve and prevent shoulder problems.

During the study two applications of tape were made. 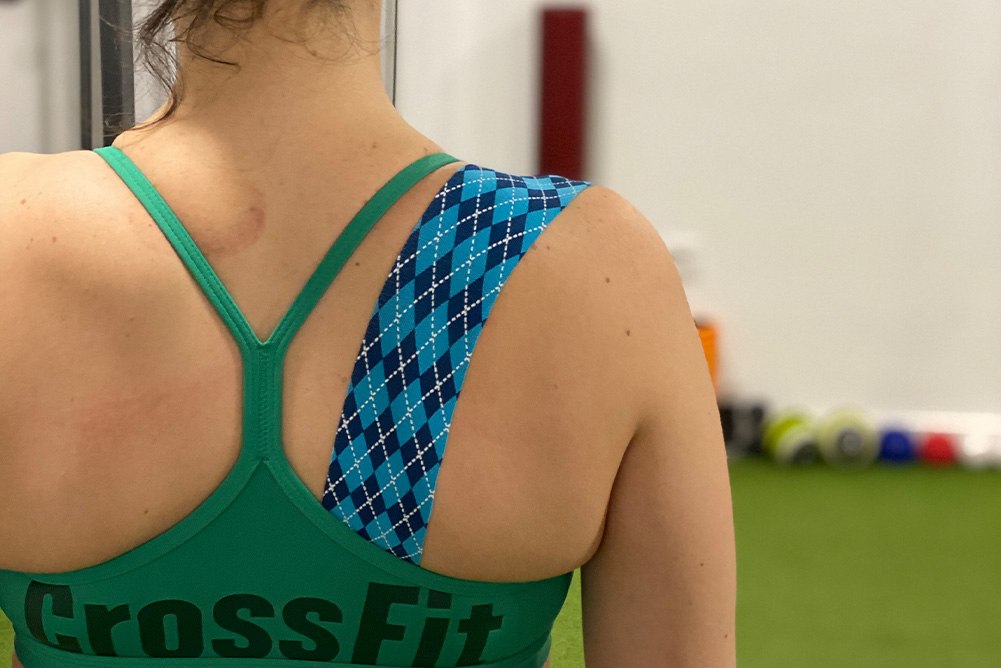 In the first application or KT1 (image 1), one strip was placed from the coracoid process, passing through the upper trapezius to the inferior angle of the scapula.

Undoubtedly, tape can be an option to consider when helping with this type of injury, and if we follow the article recommendations, we’ll just need one strip of tape.