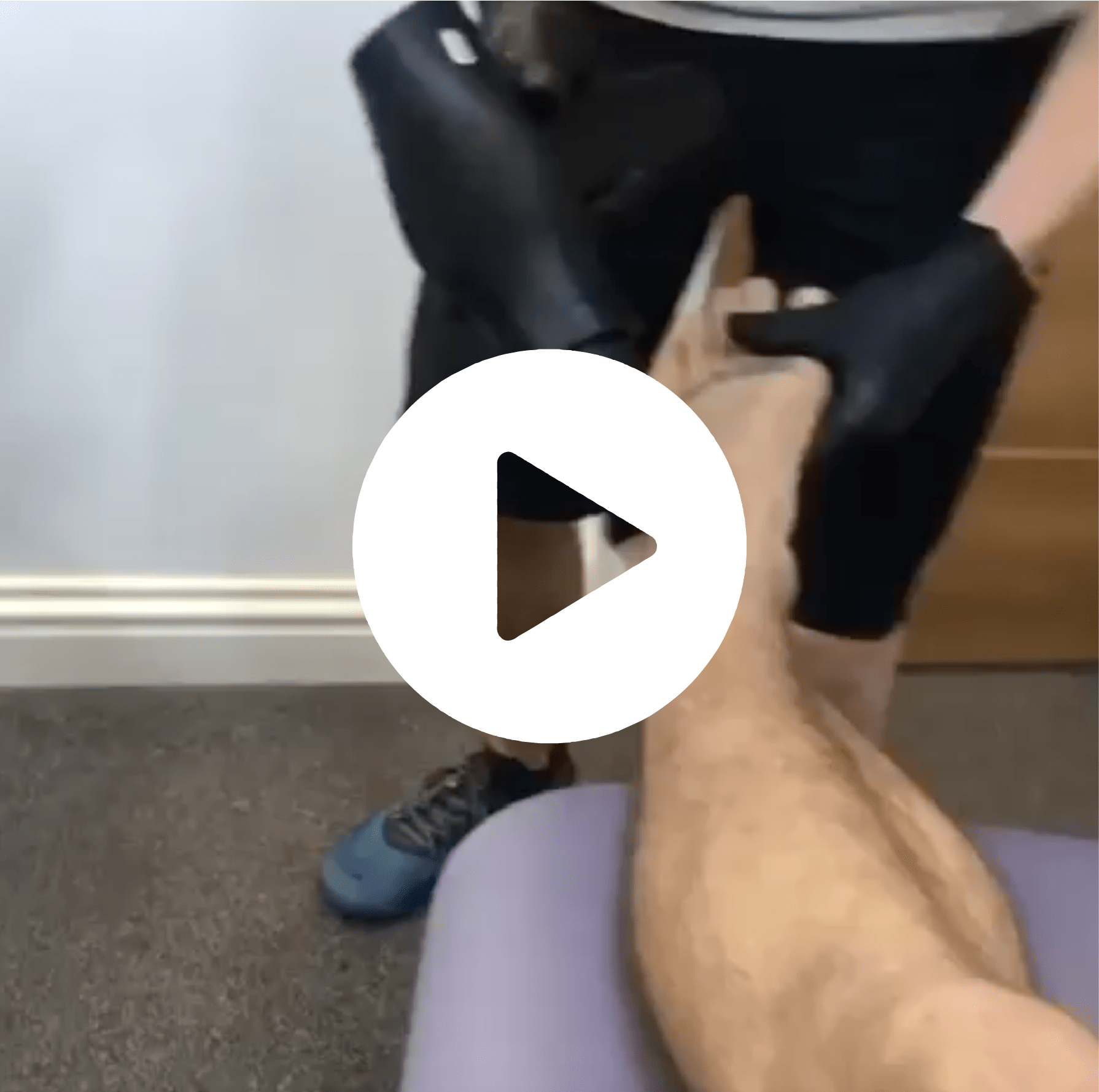 Just like rollers guns aren’t doing what most people say they are.  Vibration is a potent way to make the nervous system sit up and pay attention.

In this case we are waking up a super sleepy EHL which has been weak and inhibited since a rather nasty left big toe desperation injury.  This has led to some pretty tight stuff in the posterior calf, snagging the Sciatic nerve (just a little) causing right sided LBP.

Waking up the toe and working deep in the left calf gives immediate relief to right lower back. Why: same reason as allows: it reduces perceived threat. Just like every other vaguely helpful treatment that’s ever been done😉

Manual therapy is much more about normalising relationships between brain and body than repairing the body.

This thought process guides us to pound flesh less hard and always add movement or contraction.