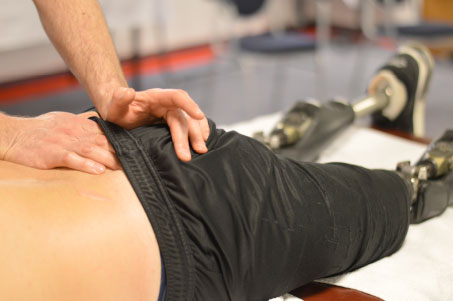 By Rachael Dickens Medical Lead for Skiing with Heroes

Last week 26 wounded veterans, who had all seen service in Iraq or Afghanistan went to Switzerland where they spent a week with the charity Skiing with Heroes. They were joined by two wounded veterans from Canada who were with us via Soldier On! A Canadian charity wanting to copy our success and take the idea back to Canada.

Skiing with Heroes aims to support wounded veterans back into education/employment and ultimately back into civilian life. It takes a group of wounded veterans and after a ski week gives every single person a mentor for a year. It also funds the first ever Pain Management Clinic for veterans in association with King Edward VII Hospital in London.

During the ski week the veterans are assisted by a medical support team of 7. These medic volunteers including two osteopaths and one physiotherapist have once again been tape sponsored by RockTape.

During the week the physio osteo team used the tape supplied on over 60 treatments. The veterans without one exception had never had this tape used on them before. Most likely reason is that they receive their treatments from the NHS and not from private clinics. The physio is an army physio and loves RockTape but doesnâ€™t get to use is as the army buy different (ie cheaper) kinesiotape.

Why do we prefer RockTape?

Because amputees have heavy prosthetics and this causes a huge strain on their MS system. We find RockTape really helpful in giving that extra support to compromised postures especially when we are asking them to use their overloaded muscles to learn how to balance on snow.

As the medic support team are volunteers and give up their time for this week and in most cases, self support, ie pay their own airfare and accommodation costs in Switzerland, we really appreciate that RockTape have taken the initiative to provide us with a lot of expensive tape this relieving one of our financial burdens.

This charity has only two part time salaried workers for admin duties, everyone else is a volunteer.

All money raised goes directly to where it is needed and so Iâ€™d like to say a big thank you to RockTape for joining in with the spirit of what makes this charity so special.

Here are some photos of the medic team in action. 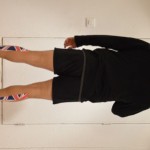 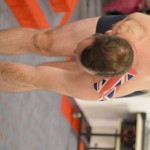 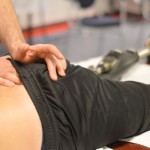 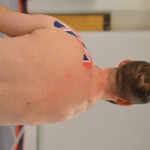