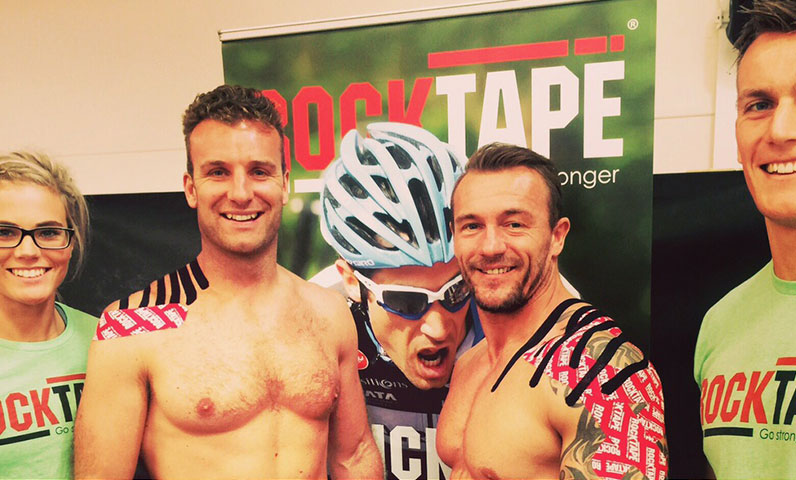 I had the pleasure of representing RockTape at the wildwest crossfit
competition which took place in Malvern in late July 2015. Firstly, it needs
to be acknowledged that wild west was a fantastic event, from start to
finish, the highly organised teams and management led to a very smooth
weekend with a fantastic vibe. It was additionally great to see such a
variety of athlete who were competing, from a few familiar faces from the
Meridian Regionals in Copenhagen, to the first time competitor, it catered
for all.

As part of the RockTape team, accompanied by Jade Parsons and Amy Bennett,
we were primarily responsible for taping and strapping the athletes. With
the nature of many crossfit competitions being constantly varied, the taping
techniques varied immensely between each individual athlete. Some techniques
included grip taping to survive the brutal 75 seconds max effort rope
climbs, to lower back /lumbar support to help battle with the never ending
clean ladder. As many of you know, pull ups can take a toll on our
shoulders, so again, various taping techniques were used to accommodate the
athletes and enhance their individual performances. Furthermore it was great
to see a few athletes smashing pb’s on their over head squat with shoulder
RockTape applications.
.
One of the great things about RockTape is that it can help with so many
elements of an athlete’s performance. It can simply provide feedback,
correct movement patterns or facilitate muscle contraction, which all
contributes to enhancing the best performance possible! 🙂

RockTape with their highly qualified rockdocs are always more than willing
to help all athletes at the various events, so make sure you say hello, and
you never know, it could be you that’s setting a new pb!

Thanks again for a great weekend RockTape