Effects of ROCKTAPE on chronic back pain 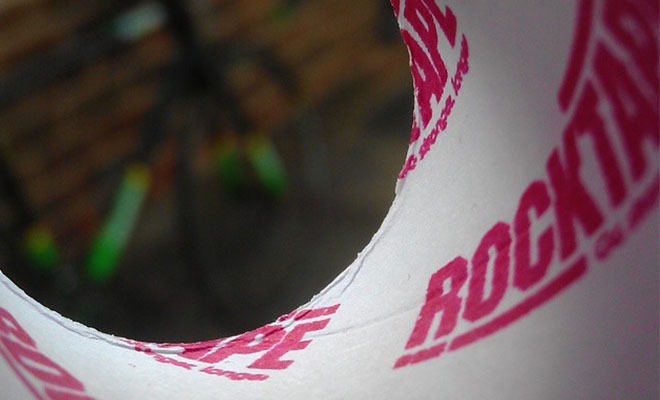 First a bit of a back story, I started off with my severe chronic back pain over 4 years ago now. I came back from a holiday in turkey with severe back pain, which at the time we just put down to sleeping in a terrible bed for two weeks. The first night back home I woke up unable to move from my neck down, over the next few hours my upper body started to regain feeling but not entirely and my legs regained a small bit of feeling but where more or less entirely numb.

I have spent many weeks in hospital over the past few years, there have been times where I was well too though. To start with these “healthy” periods where lasting a matter of a few weeks before the back pain came back and I lost feeling in my legs. The pain has been constant ranging from lower back where it is at its worst (especially on the left side) to my shoulder blades, my spine also suffers from intermittent shooting pains which are terrible.
My problem has never been fully diagnosed, but now im in a healthy period my back pain is still very severe effecting my daily life. My hands are still a little numb as are my feet but nothing compared to what im used to whilst in the wheelchair.

There is a hell of a lot more to my story but far too much to explain in one post!!
I started using ROCKTAPE during one of my well periods when I was able to get to the point where I had lost a lot of weight (over 4 stone) and got a lot of my fitness back to the point where I was able to race fairly competitively. I started using the tape to help with fatigue on my back and neck, when I started to get towards the point I was trying to push my body past normal levels my back would start to ache and in turn effect everything that I had problems with whilst in the wheelchair. Basically as soon as my back started hurting my legs slowly began to weaken as well as my hands which in turn would make me put more stress on other parts of my body which would begin to hurt too…Basically my body became useless as a racing machine after a certain point. At the time I started racing I was on a lot of tablets and never expected to win anything but as I got faster and fitter I still had the problem of getting to the upper end and my back failing me.

After a little while I realized just how much this was effecting me, I was getting faster, fitter and generally stronger but still found my body suffering at the upper end which I simply couldn’t find any way of stopping the fatigue creeping in.

Then I discovered ROCKTAPE.
It was a revelation, I began to use the tape regularly for training and racing. I couldn’t believe how fresh my back felt when I was getting to those higher speeds and distances. Even better was the after effect, the recovery period after cycling was a very painful experience usually. But not now, with the rocktape on I was still able to go about day to day things without having to worry about hurting myself badly whilst out doing a small training ride. It improved EVERYTHING. It sounds a bit silly but it really did, being able to function that bit better after exercise and during helped build my core and overall strength up better which seemed to help my back pain. The stronger I got the better I felt which very few tablets or treatments where able to do!
After having such brilliant effects using it on my back and neck it made sense to me to use it in other places too, exercising is going to create some aches and pains no doubt. So using it for aching knee, leg recovery, bad elbow helped me get back on the bike asap.

Unfortunately last August after a long period of being well, cycling, racing, college, working and general life my back went again…whilst hovering at work. I was distraught, I ended up in hospital again and went through all the tests and treatments they could think of but to no avail. No conclusive diagnosis has been made. I slowly began my recovery again, wheelchair-two crutches-one crutch-limping and finally walking.

Then I remembered just how helpful ROCKTAPE was when racing and training, I thought it must be just as good when im not. I realized this after quite a few bad, sleepless nights where I needed a decent sleep. So I applied some ROCKTAPE in the morning, by evening I felt considerably better than usual and during the night I slept like a baby! Unbelievable, I then experimented with it a bit using it alternate nights to see if it really was the ROKTAPE helping me sleep that bit easier. Im glad to say that from what I find it did help, a lot. So much so I have been using it very regularly overnight and during the day for when im on the bike again. 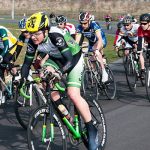 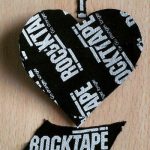 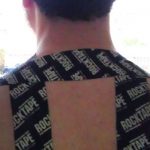 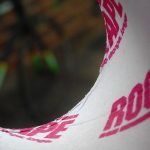