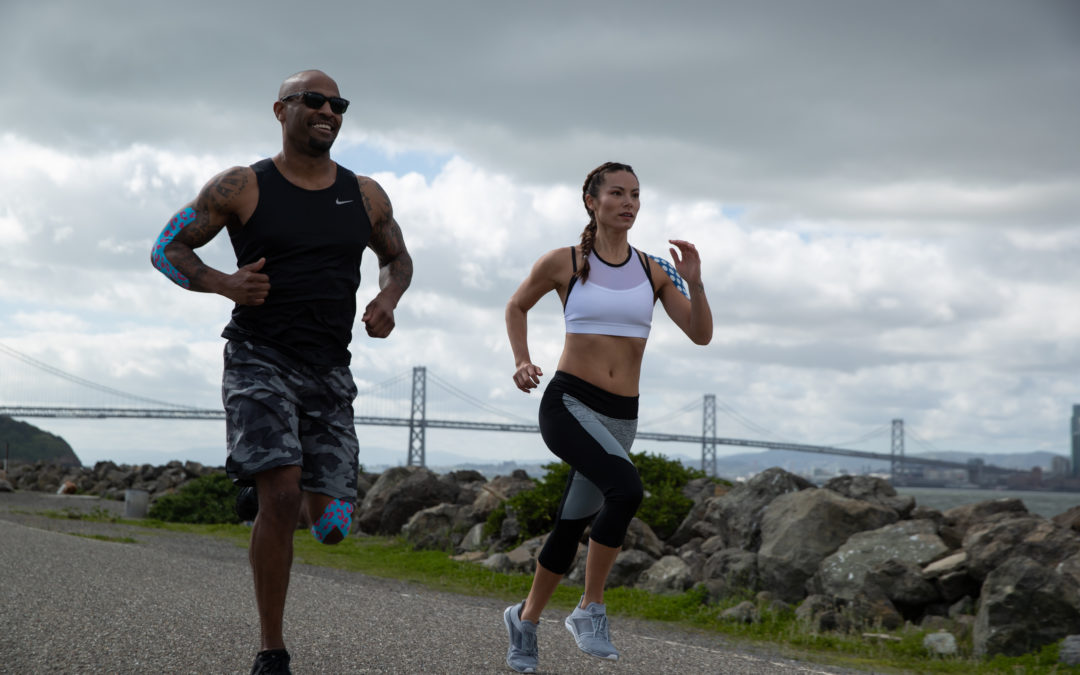 There are a lot of them, and they’re frequently injured. A common cause for many of these injuries is a lack of stability in the frontal plane. When a runner’s foot strikes the ground, they need the stability to control two to three times their body weight. If they don’t have it, they will likely pay the price in the frontal plane. 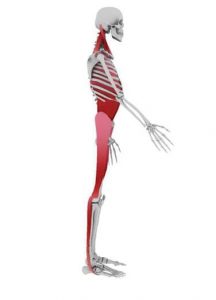 So what common factor can explain all three of these frontal plane deviations in runners? A global lack of stability throughout the lateral fascial chain of their body is the place to look first. The book Anatomy Trains, by Tom Myers, describes in detail the various “trains” of fascia that connect long, seemingly unrelated groups of muscles together.1

One of these powerful fascial trains is the lateral chain, which links together the peroneals, iliotibial band, tensor fasciae latae (TFL), hip abductors, gluteus maximus and the lateral obliques in the abdomen. If you could improve stability throughout this train of fascia, it would potentially have a dramatic effect on how runners can stabilize themselves in the frontal plane.

But how do you evaluate a patient’s ability to stabilize in the frontal plane? A favorite method is the arm-pull test. Have your patient stand with their arms hanging to their sides and their feet shoulder width apart. Stand to the side of the patient and grab them by the wrist. Then gradually pull their arm down toward the floor. The patient should try to resist your pull by keeping their body upright. Now, do the same thing on the other arm and compare.

Runners will often have an alarming asymmetry from side to side: One side will be pretty strong, and the other will give way almost immediately. For example, if you find that pulling on the left arm is noticeably weak, this demonstrates a global stability issue with the right lateral chain. This could manifest itself as one of the frontal plane dysfunctions discussed above.

I’ve been performing this simple test on my runners for years, and the results are shocking.

Running injuries don’t just happen— they happen for a reason. And often that reason is weakness in the frontal plane. So how do you fix it?

Ultimately, these runners have to get stronger. But before you introduce stability exercises, you can take a neurosensory treatment approach by applying kinesiology tape. You don’t want to restrict their movement with the tape, and you aren’t making any structural changes to the tissue by taping it. Rather, the tape drastically increases the sensory input to the brain. 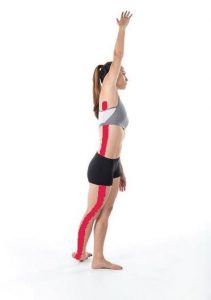 If you can increase that sensory input, you have the potential to improve motor output. I tell my patients that using kinesiology tape on their body is like “slapping their brain in the face.” The brain can’t help but pay attention to the region of the body that is taped.

In the case of the aforementioned runner, run a strip of kinesiology tape along the entire lateral chain that tested weak during the arm-pull test. With the tape on their body, you will often see a marked improvement in their ability to stabilize in the frontal plane. Go ahead and check by trying the arm-pull test again and see.

Because taping the skin doesn’t make any structural or mechanical changes to the tissue, the immediate improvement in the patient’s ability to stabilize must be from primarily influencing their neurosensory system.

Read the rest of this article at chiroeco.com.