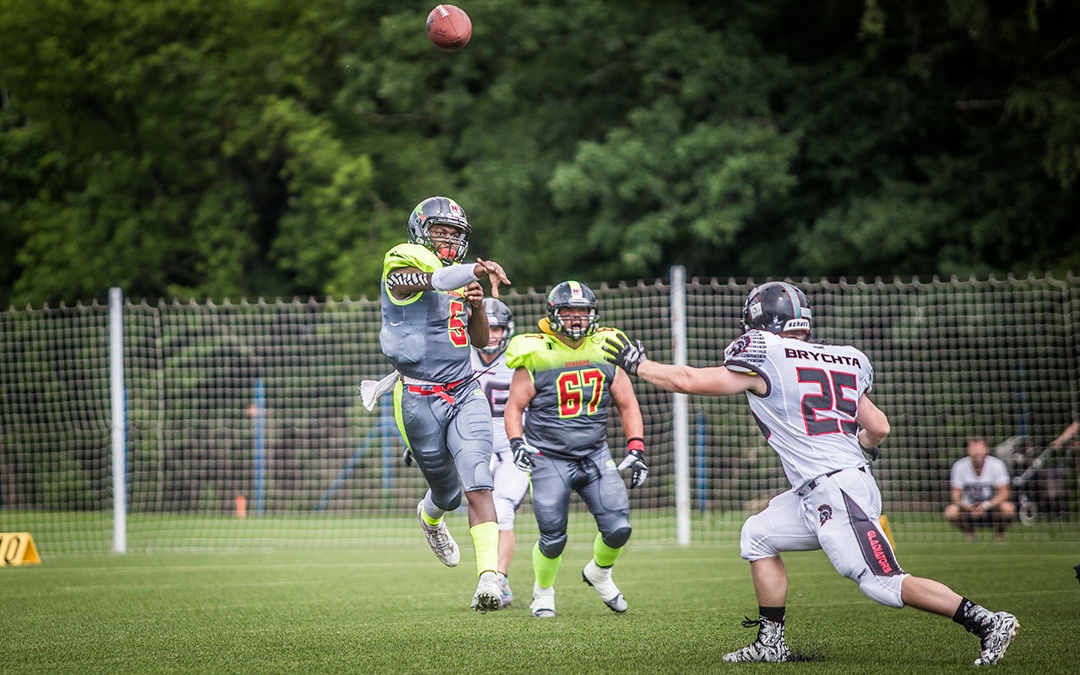 My name is Ashley Bailey, I’m 21 and I have been playing professional American Football since 2016, I currently play Quarterback in Hrdec Kralove – Czech Republic.

I have been playing and practicing QB consistently since the age of 15, both in summer leagues and throughout the winter leagues, with no real ‘off season’. As you can imagine it puts immense stress on my throwing arm, plus the additional contact the sport entails. 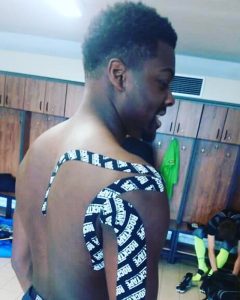 One of the main keys to a successful throw, is technique. Over the years you develop habits… some good, some, not quite so. One of the things I would do to throw quicker/harder is to put too much stress on my shoulder and back (a result of a bad habit!) leaving me unable to throw without hurting myself further. My passing numbers dropped off a cliff and it left me feeling frustrated as I could no longer efficiently play the game and position I fell in love with.

In comes RockTape – I use the 5cm black logo tape. Now, I had been sceptical of Kinesio tapes in the past, I’d never had the need to use any and I didn’t think they’d make any difference to me. I took the roll to my team Physio and he applied it to me before practice. I went out onto the field gingerly, not expecting anything to have changed (the previous practice I had to sit out as I was unable to move my throwing arm at all). After a warm up, and a stretch, I began throwing around and immediately it felt as though I had installed a new bionic arm! The pain had been significantly reduced and also it allowed me to return to the better throwing technique, letting me focus on making the correct read and accurate throws.

This was doubled down as the following weekend I passed for 260 yards and 3 TDs in only three quarters of play in a 40-0 victory! I felt secure but also fluid in my movements and I continue to use RockTape both in practice, and also in Games!

Thank you very much RockTape!