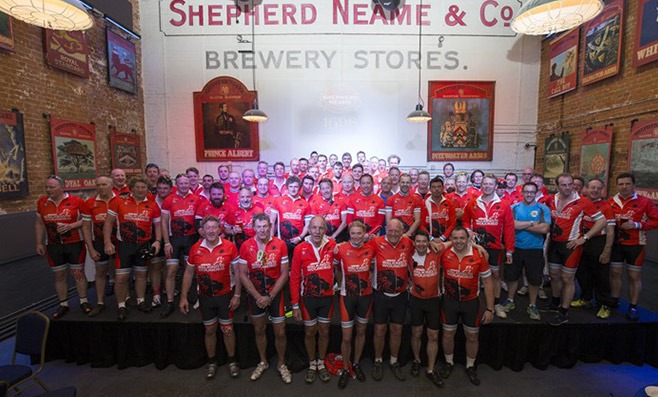 Paul Sidi of Chertsey and Woking based Practice SIDI PHYSIO was once again keeping the wheels turning on the Waterloo 200 Ride of the Lions (ROTL) charity bike ride tour; a two day, 200 mile cycle led by a host of rugby legends.

10 ex British & Irish Lions and four wounded veterans formed part of a 100 strong team raising money on behalf of Walking With The Wounded, a charity that helps to retrain and re-skill our wounded troops and support them in finding new careers outside the military.

The star studded line-up of rugby stars included Roger Uttley OBE, Peter Winterbottom MBE , Mike Teauge, Steve Bainbridge, Ben Clarke and Dean Richards of England, Rob Henderson of Ireland, Rodger Arneill and Roger Baird of Scotland. Daffyd James of Wales was due to start but had to pull out due to imminent knee surgery. These Legends were riding alongside 100 members of the public as well as several wounded soldiers.

A touch of glamour was also added by supermodel Jodie Kidd, who rode alongside the rugby greats on the Dover to London leg and required treatment using Rocktape to ease neck and shoulder pain.

The event marked the 200th anniversary of the Duke of Wellington’s victory over Napoleon at Waterloo in 1815 with the route mirroring that taken by Major Percy who was entrusted by the Duke of Wellington to take his written notice of victory (his Dispatch) by horse and carriage to the Prince Regent in London; who was eventually found at what is now the East India Club.

SIDI PHYSIO’s lead physiotherapist is Paul Sidi, ex Harlequins and England player. Paul and his team were accompanying the ROTL tour for the second year in a row and were working tirelessly to provide essential treatment clinics for all the riders before, during and after the event. A lot of Rocktape was used and hugely helped keeping the bodies going.

“I knew it would be hard work from last year, the Triple Crown 2014 ride between the Home Nations Stadia, 600 miles in 7 days. This year was shorter but much more intense and this is where the Rocktape, donated by Rocktape UK, proved invaluable. It helped Dean Richards get his 23 stone through the 220 mile course, but I think ‘Iron’ Mike Teague was the biggest user…back, hips, knees and ankles…and he made it all look easy!”

This year’s ROTL Waterloo 200 Ride is expected to reach in excess of £100,000 for Walking with the Wounded. To find out more and/or to donate to this worthy cause go to www.rideofthelions.co.uk or walkingwiththewounded.org.uk

“When you witness some of the Wwtw ex soldiers, double amputees, powering through this ride it is humbling and uplifting and makes you realise what an amazing and worthwhile charity this is!” 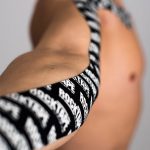 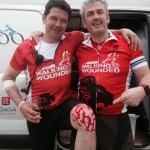