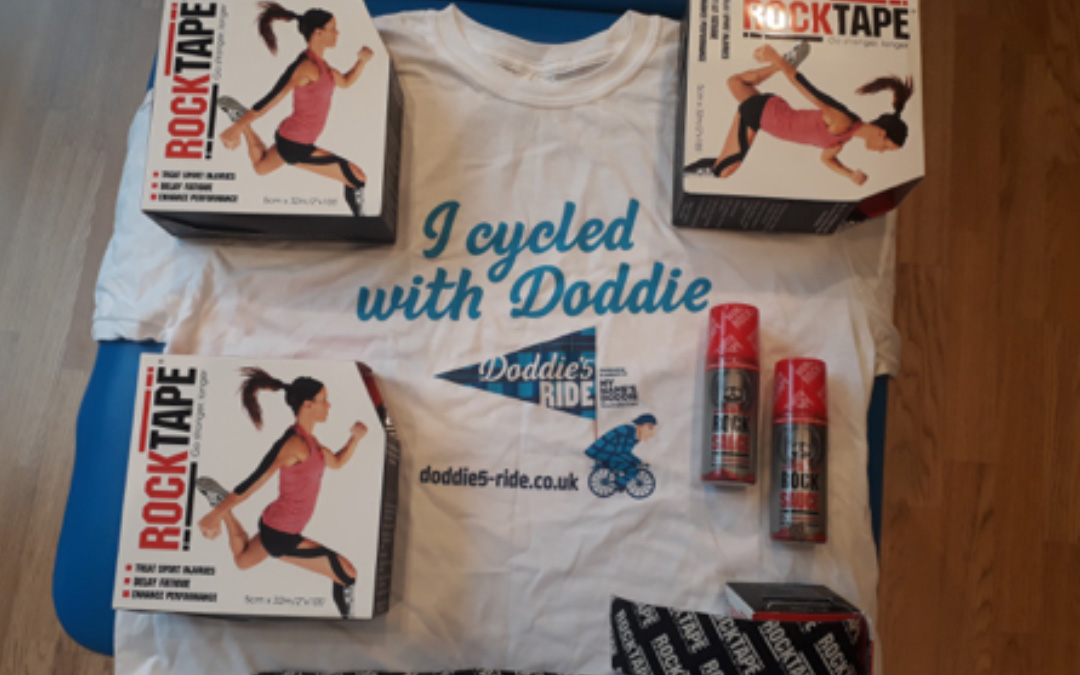 On Sunday August 12 2018 Ride of the Legends organised a charity cycle ride in the Scottish Borders for one of its legendary sons, ex Scotland and British & Irish Lions lock forward Doddie Weir who was recently diagnosed with Motor Neurone Disease

Doddie Weir is one of rugby’s most recognizable personalities. He earned 61 caps for Scotland during a successful playing career, represented the British and Irish Lions on their successful tour to South Africa in 1997, and won championships with his two club sides, Melrose and Newcastle Falcons. 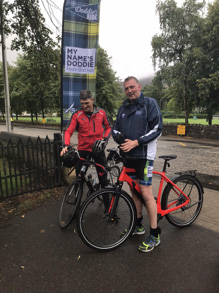 A talented, committed and athletic lock forward, Doddie is now facing his biggest challenge as it was in June 2017 he revealed he was suffering from Motor Neurone Disease.

From the outset, Doddie has been driven to help fellow sufferers and seek ways to further research into this, as yet, incurable disease and in November 2017 Doddie and his Trustees launched the registered charity My Name’5 Doddie Foundation. Ride of the Legends were asked to organise the ride and led by Peter Winterbottom, and using SIDI PHYSIO (their preferred Medical Support Providers) the whole event went like a dream. Of vital importance to the effectiveness of the ride was ROCKTAPE UK’s generosity in donating supplies of ROCKTAPE and ROCK sauce to keep all the individuals in full working order. This was especially important due to the less than youthful state of many of the Legends partaking in the ride. Riders included the ever young Roger Uttley, Scott Hastings, Dean Richards from Newcastle Falcons, Rodger Arneill (now in his 70’s and a lover of ROCKTAPE!!!), Gary Armstrong, Rob Wainwright, Tim Payne, Steve Bainbridge, Craig ‘Chick’ Chalmers, Iwan Tukalo and Alan Tomes. Unable to get on their bikes but still there in support were Roger Baird and the Great White Shark himself John ‘JJ’ Jeffrey who took great pains to hand out water at Kelso. 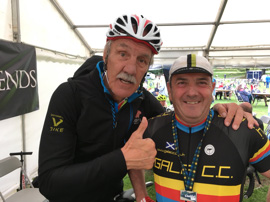 The main 60 mile ride from Doddie’s home club of Melrose through Kelso, Jedburgh and Hawick ( alongside a fun 11 mile run for the less fanatic) was an awesome and uplifting day despite the very wet weather and the 700 riders have raised well over £100,000 for this great cause.

Many Legends from the family of Rugby Union took part. Doddie was able to Ride part of the route due to the generosity of Specialized Bikes who donated an ebike for the great man to use

SIDI PHYSIO set up treatment facilities at Melrose, Kelso and Hawick Rugby clubs and then Paul Sidi and Mark Anstey were mobile on Blood Bikes of Scotland for rapid response trauma care should it be needed. Luckily this was not needed, so all the work was left to the club physio facilities with their generously donated stores of ROCKTAPE! 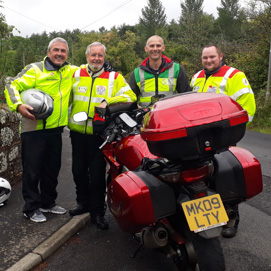 This was an incredibly successful day. Such days are only as great as the generosity of our suppliers. With ROCKTAPE UK, the clear leader in its field, we were supplied with the help which guarantees the success of such days. Many thanks ROCKTAPE UK.