Should you be Flossing daily? A beginner’s guide to RockFloss. 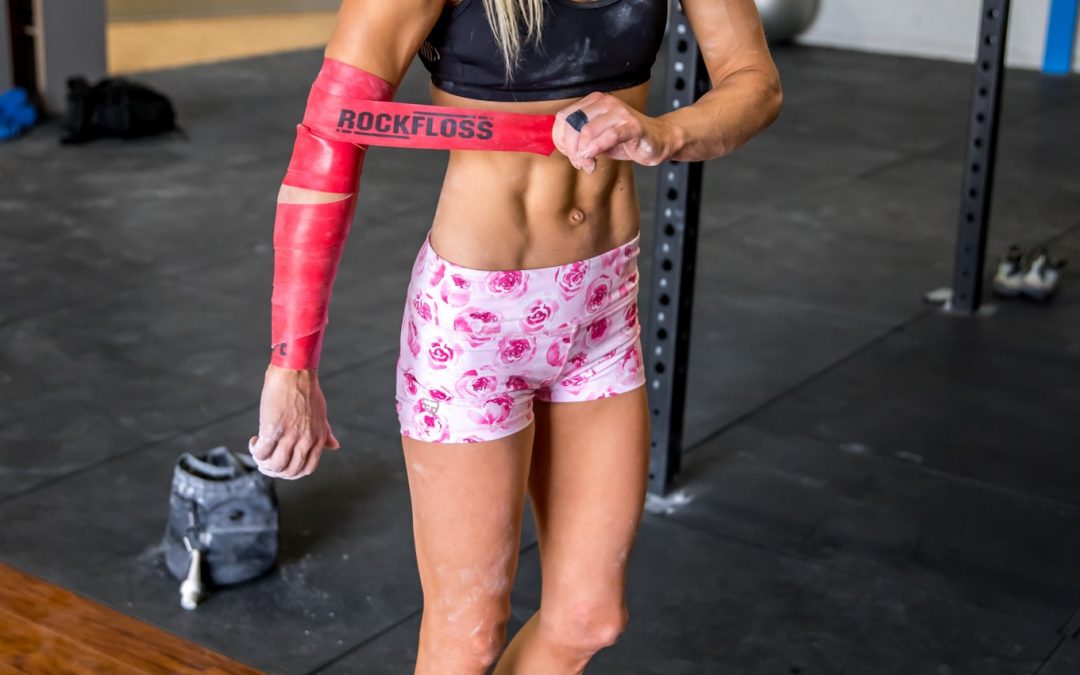 Floss bands are not a new concept. They have been around for a while now under various names. In Australia, they have been mostly used as part of a warm up routine for gym workouts, particularly in the CrossFit world. But they can also be a useful tool in the clinic treating patients as another addition to your soft tissue treatment arsenal. If you want more information on how to use these bands in a simple way, read on!

What can they be used for?

Floss bands can be used in a number of different ways but in this blog we are going to focus on two of the most common applications:

Floss bands should generally be applied from distal (furthest down the limb) to proximal (higher up the limb). Wrapping in this direction will have less pressure on the valves that exist in the veins as the pressure imparted by the floss band will move the blood towards the heart, avoiding back-pressure on the venous valves. Various tensions can be used when wrapping the floss band, depending on the way you are trying to use the band. The Floss band is generally overlapped by approximately half its width as it is wrapped up the limb.

Floss bands are generally left in place for 2-5 minutes, depending on the tolerance of the person, and should always be removed if any undue discomfort is felt.

For those clinicians and patients that find compression helpful in the management of oedema, floss bands can be wrapped at up to 50% tension over the swollen region. Whilst wrapped, the area can be gently exercised in either a non-weight-bearing fashion, or in weight-bearing, or 1-2 minutes of both. The combination of compression and movement can be helpful in reducing swelling and pain. If helpful, this can be repeated several times per day.

In this instance the floss band is applied over an area of muscular “tightness” or soreness. The wrap is started below the target area and finishes above it. This time the band can be applied with up to 70% tension over the target tissue, with the remaining wrap around the limb being applied with less tension. For example, if wrapping the calf, the band is pulled with more tension over the calf and less tension as the band is wrapped over the front of the shin. Once again, exercises can be performed in non-weight-bearing or weight-bearing, and even sport specific tasks can be completed eg squats, run throughs etc. The theory behind the approach is that the skin and superficial tissue is restricted in its movement by the compression of the band, and the movement of the limb means the deeper structures are still required to slide/glide, potentially creating an internal shearing effect within the tissue, possibly improving the slide/glide capability of the area. This “pin and stretch” approach is not unlike the effect that can be achieved with a foam roller or spikey ball, but with floss bands the movements are not restricted to floor-based or pushing up against a wall to “pin” the tissue with the ball/roller, making them more versatile in location of use, as well as potentially more functional in movement patterns utilised.

Whilst the research evidence for the use of floss bands is in its infancy, they appear to be a simple, portable, low-tech option for self-treatment of muscle injuries and swelling control. In a future blog post, we will look at some other ways to use Floss bands in the clinic and for the patients at home.

In our earlier blog post, we outlined two simple ways of using floss bands, as they are the two that people usually start with. However if you are now becoming more comfortable with the concept, then there are other ways of utilising these bands:

Remember that floss bands should generally be applied from distal (furthest down the limb) to proximal (higher up the limb). Wrapping in this direction will have less pressure on the valves that exist in the veins as the pressure imparted by the floss band will move the blood towards the heart, avoiding back-pressure on the venous valves. Various tensions can be used when wrapping the floss band, depending on the way you are trying to use the band. The Floss band is generally overlapped by approximately half its width as it is wrapped up the limb.

Floss bands are generally left in place for 2-5 minutes, depending on the tolerance of the person, and should always be removed if any undue discomfort is felt.

These concepts go well together as often when someone has had a painful joint, they can become fearful of movement. The over-protection or guarding by the nervous system can lead to people moving inefficiently and can lead to further pain in the area or even in other parts of the body as compensatory strategies develop. Wrapping a floss band around the injured joint can give a strong sense of joint “support” to the person and can be helpful in making them feel like they can move further into range when it is appropriate to do so. Making the person feel “safe” is a strong theme in modern pain science as any perceived “danger” could trigger a guarding/protective response. The floss band can be wrapped at whatever tension is required for the person to feel adequate support, with more tension often feeling more supportive. Once the person has “improved” their movement pattern, the band can be subsequently wrapped more lightly over the area until it is no longer required at all. For example, a squat may be the painful movement following knee injury, and the knee can be wrapped as tightly as required to provide adequate “support” to dampen the protective response (when it is appropriate to do so in terms of tissue healing). Over subsequent sets of that exercise, over as many days/weeks as it takes, the band can then be wrapped slightly lighter each time until the movement can be performed without pain or fear.

Not unlike using RockTape, a floss band can be used as a tactile stimulus to improve a movement pattern by providing a sensory cue to the brain. Often the band is used to wrap around the limb in an “external rotation” direction, to provide the person with a reminder to maintain that position through a movement. For example, when someone is squatting and the knee is tending to collapse inwards, the band can be wrapped around the knee and/or thigh from inside pulling “outwards” as the band is wrapped around the limb, thus creating a cue to maintain a straighter lower limb position through the squat. Once again, the tension of the band may be able to be gradually lessened as “learning” takes place and the desired movement pattern has been restored.

Whilst not specifically designed for this purpose, floss bands can be used to create a blow flow restricted state in a working muscle. This effect has some good early evidence to suggest that significant strength gains can be made with relatively low levels of blood flow restriction and low resistance levels. In simple terms, the theory behind this is that the restriction of blood flow to the muscle creates a state of metabolic stress. This in turn results in greater strength gains than would otherwise occur at relatively low load training. Care must be taken if using this approach and if practitioners are intending to use floss bands in this way, we recommend that they do their own research into this area, as there are a number of published studies using BFR training. Floss bands cannot be “released” as quickly as a purpose-built cuff and as such, only low levels of BFR should be utilised with these bands.