Do you tape your knees to help with pain? Maybe you should. 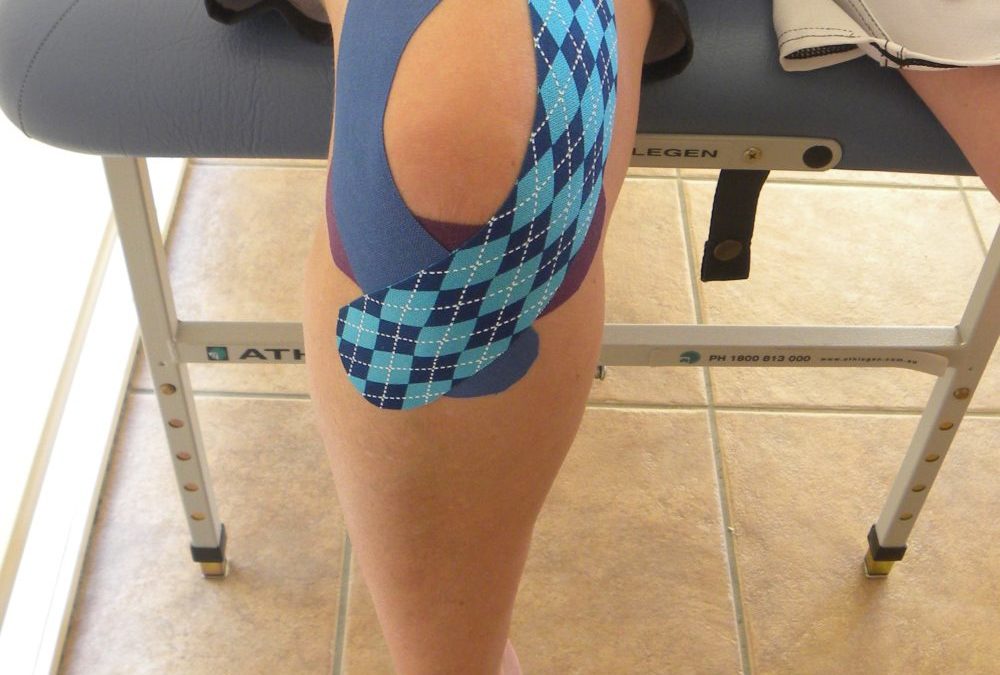 Knee pain and the effects of kinesiology tape have been well studied with many articles showing a benefit in pain levels and daily function with tape applied.  There have been two recent articles that have added to the evidence base for using kinesiology tape for people with knee pain associated with osteoarthritis (OA).

One study by Park et al, looked at the pain and function in a small group of 10 people aged 60+ with reported pain of more than 5/10 on the VAS scale.  The study design was a crossover trial, with the participants randomly allocated to completing the test conditions with or without tape, then completing the tests again in the other test condition.  The study looked at pain scores via VAS at rest and with walking, and the time taken to complete a 10m Walk Test (10MWT) as well as a “Timed Up and Go” (TUG) where participants start the test sitting on a chair, rise, walk 3m, turn 180⁰, then return to the chair and sit.  This is a commonly used test for agility and balance.

The study found that VAS scores at rest didn’t change with or without tape, but the pain during walking did reduce.  The scores for the 10MWT and the TUG were significantly better in the taped condition.  If we can reduce the knee pain of those with OA and improve their walking speed, balance or agility, then we may be able to get this group more active, which is ultimately part of the best practice management of knee OA.  The application of kinesiology tape may provide a window of opportunity for more activity to take place.

The Park study had a couple of weaknesses- a very small sample size and the effects measured were only immediately following the application of the tape.

Another study by Donec and Kubilius also investigated the use of kinesiology tape on those with knee OA.  This study was much larger, having 187 participants and randomised these people into a “correctly applied” kinesiology tape group and a “non-specific” taping group which used a “sham” or non-therapeutic application of tape around the knee.  This study measured pain via the VAS scale during the day, night, whilst changing position eg sit to stand, and walking.  They also used the Knee Osteoarthritis Outcome Score (KOOS) and Pain Pressure Threshold over the patella tendon as secondary outcomes.  The measures were taken at baseline, then after 4 weeks of taping (tape in place for 6 days, then 1 day of rest for the skin, then applied again for the next week) and again a further four weeks after taping ceased.

The study found that after 4 weeks of taping both groups reported less pain but the “correctly applied” tape group had clinically significant pain relief.  Even four weeks later, both groups had reduced pain, but again the “correctly applied” tape group had a more clinically significant result.  Both groups had significantly better KOOS scores and interestingly, the authors also tracked anti-inflammatory use and both groups had reduced usage for the study’s 8 week duration.  Pain Pressure Threshold measures did not change.  In summary, both groups improved so some tape was beneficial, regardless of how it was applied.  However, the “correctly applied” group had clinically superior results.  This should give practitioners and patients some comfort in knowing that kinesiology tape around a knee with OA has a good chance of reducing pain to some extent, regardless of how it is applied- which is helpful when patients are taping themselves and may not get it exactly right!!  This is likely to be because “non-specific” or “sham” taping is still providing some sort of neurosensory input to the brain and as such may have a modulating effect on pain.

This study has a very good sample size and methodology in randomising subjects etc.  The absence of a “no tape” group is a limitation of this study, as is their significant dropout rate of participants, particularly in the “non-specific” tape group.

When taken together with other studies that have shown benefits of using kinesiology taping for people with knee pain, these two studies add to the growing evidence base that shows a potential for pain relief and improvement in function. Therefore, kinesiology tape could serve as a very good adjunct to exercise and strengthening in this population.